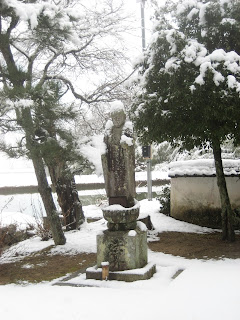 I have made many wonderful friendships and connections through my blog, and strangers continue to write me with questions. Sometimes men send me poetry or overly detailed descriptions of their heart sutra tattoos, which is lovely and endearing depending on the person. But actually the all-time most popular email I receive is people writing to ask me for recommendations on where to practice Zen in Japan. In the two years or so I have been writing this blog, I have received about ten or fifteen of these emails and responded to exactly zero. One woman asked me about practicing at Nisodo specifically, and I did respond to her because she was a Zen priest and obviously very sincere and experienced, but I do not ever answer requests for general recommendations.

There are a few reasons for this. One is, when someone writes asking for a recommendation on where to practice Zen in Japan, my immediate impulse is to want to ask that person, "Have you read my blog?" People say my blog is pretty good. I'm sure if you are contacting me through my blog, you must know it exists, right? And maybe if you read my blog closely, you would see that mostly what I write about are my struggles with the abuse and sexism and xenophobia and repetitive work that makes up so much of Japanese Zen training. I am honestly not sure I can "recommend" training in Japan. I appreciate and am so grateful for my time in Japan, but a big part of why it worked was a) luck and b) iron-willed stubbornness to never ever ever quit and c) my teachers.

When people write me for recommendations, they are often people who will be on vacation in Japan and want to practice for a very short time, say a week or so, and have some kind of "Zen experience." I understand this impulse. "Zen" is beautiful and weird and Japanese incense smells really nice. But to these people, I would like to say that one week is in no way enough time to begin to scratch the surface of what Japanese training is about. I left Japan after six years and many people consider this to be insufficient training. During the course of one week, you will spend most of your time in confusion, pain, or both. I would respectfully recommend that you could receive a similar, Japanese "Zen experience" by staying in your home country and doing the following things. I am being completely honest and sincere in my belief that-- given a week's time-- the following things will be cheaper, more fun, and just as conducive to a "Zen experience" (by "Zen" I of course mean some undefined, vaguely Japanese, minimalist aesthetic impulse which may or may not correlate with transformative dharma practice).

My suggestion is for staying in your own home country and:


By the way, I have just described my dream Saturday night!!!

The reason I do not leap to recommend practice in Japan is that zazen opportunities for lay people are very limited. Mostly who train at monasteries are monks and nuns, because "monasteries" are really special training facilities for ordained clergy, much like our Western seminaries. Japanese laity's connection with Zen is primarily through funerals, memorials, and visiting temples as tourists. Contemporary Japan is very secular and materialistic-- like contemporary America but without the history of hippie and feminist movements, and with a history of rapid, some could say excessive modernization to avoid being colonized. So as a lay person, you will not be able to find the kind of accessible, drop in meditation retreats that we are used to in the West.

That said, if you are an ordained priest, or if you are a very, very resolute lay person, I can refer you to this helpful website :

Many of these temples probably accept lay people as well, for a limited time.

What I will say about practice in Japan is that the monastic model offers a container that is more intensely focused, stricter, and concentrated for a longer period of time than anything I have found in the West. Japanese monastic training doesn't just value celibacy and poverty; it creates those conditions, and these are powerful training tools, as difficult as they are. I have never done a practice period at Tassajara, but I imagine it might approximate something in Japan. Except for the men. Curse those American men!

If you are daunted by the possibility of calling up a temple in Japan and speaking Japanese to a stranger on the other end of the line, I can assure you: your confusion and fear are valid and will only increase. You know how psychologists say that anger is a "signal" that something in your system or the environment is not right? It's the same with the confusion and fear around not speaking Japanese. LISTEN TO YOUR EMOTIONS. They are holy signals. And then study Japanese intensely for several years. If you don't, your practice in Japan will be fraught with constant miscommunication and confusion.

I didn't study Japanese before coming to Japan because I never planned on staying. I only stayed because I met my teacher and was completely overcome by his kindness, generosity, and dedication to his spiritual practice. He dressed and ate simply. He spoke to everyone he met in a polite and level tone of voice. When I met Aoyama Roshi I was similarly impressed by her strength, intelligence, dedication, and spiritual excellence. My practice came about and was able to grow because of them, not because of Japan.

Ultimately, the quality of your practice will depend more on you (and maybe your teacher) than your country. This is why they say, "In the Way there are no Northern or Southern ancestors." There is true dharma practice going on all over the place at many centers and monasteries in the West. It is in no way confined to the Zen school. If I could start all over again I would practice with Lama Tsultrum Allione or some other badass female Tibetan teacher in America. At this point, there are several Western priests who trained extensively in Japan and received transmission from real, live Japanese people. Some of the ones I've met (or at least talked to) and liked are Koun Franz (Nova Scotia), Konin Cardenas (New York), Brad Warner (Los Angeles), Ejo McMullen (Eugene, Oregon), and Tenku Ruff, to name a very few. Oh, and I guess me, but in order to deserve a hyperlink I think you have to be older than an age which rhymes with "denty sign."

If you are unsatisfied with American teachers, or if you have completed my Dream Saturday Night Itinerary and are still hankering for more Japanese Zen, I would like to suggest that what you are really seeking is yourself. You are seeking some intimacy with yourself. I don't really have an answer for you, because my answer is my own, but I suspect that whether you go to Japan or stay in America, your spiritual path will require time, silence, and failure. There will be so much failure that hopefully, you will come to love the failure. You will come to love the failure as much as you come to love yourself. You will make a life out of time and silence and failure and maybe even write about it on the internet, and then strangers will email you asking for recommendations on where to practice in Japan. You will throw your hands up in the air because it seems cruel to wish failure on anyone, even when you know that failure is precious, even when you know that your suffering is your capital.

I don't want to discourage seeking. Go! Seek! Plumb the depths! Exhaust yourself in wholehearted effort! Click on some of those links above. Or not. But be realistic. Wherever you chose to practice, do it wholeheartedly, with kindness and humility and perseverance.

There is a poem by Richard Wilbur I love in which he is addressing his daughter, who is writing a story. The last stanza reads:

It is always a matter, my darling,
Of life and death, as I had forgotten. I wish
What I wished you before, but harder. 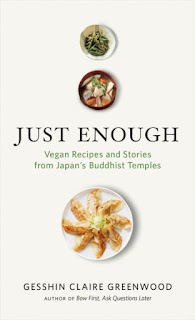 How to Hack an Academic Book 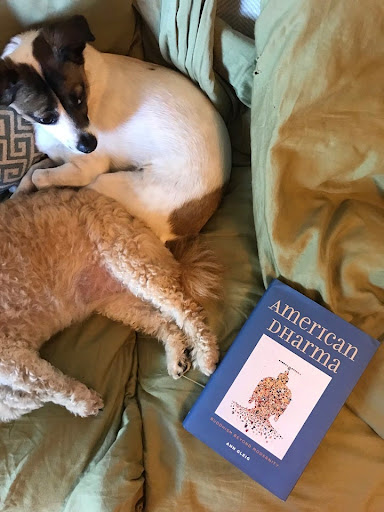 People are intimidated and off-put by academic books. This makes sense, because academic books usually are very boring (and even the best academic books out there have sections of really boring material). But scholarly texts are also like diamonds for your brain; they are relatively small and incredibly condensed forms of knowledge and new ways of thinking that are forged over decades by the pressure and heat of academic life.  If you are a person who enjoys learning new things and increasing your knowledge, it’s useful to know how to read an academic book efficiently, because, otherwise, you will probably get bogged down in all of the boring stuff. In this post I will show you how to hack academic books. By “hack,” I mean “an inelegant solution,” or “a strategy or technique for managing one’s time or activities more efficiently.” These are techniques I learned and perfected in graduate school, where you are required to read and write a paper on at least one (if not two, three, four …
Read more